Nothing touches the basic emotions of man more than music. It is able to transcend the many obstacles of language, meaning, and cultural differences. Music as a philosophical study has actual relation to aesthetics and metaphysics. But more than this complicated aspect is the effect music has on everyday living. END_OF_DOCUMENT_TOKEN_TO_BE_REPLACED 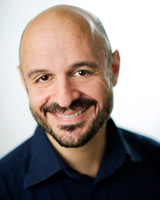