Japanese philosophy was inextricably associated with aesthetics, culture, ethics, politics, and religion and wasn’t practiced as a distinct discipline in itself. The most distinctive characteristic of Japanese philosophy is how foreign philosophies has been assimilated and adapted to its native worldview. Historically, Japan experienced periods of intense cultural and political exchange with the Korean peninsula and China, followed by long periods of isolation when it successfully resisted foreign invasion until 1945. And although it borrowed ideas freely throughout its history, there is always a distinctively Japanese cultural context in Japanese philosophy.

Kitetsugaku, the Japanese term for philosophy (abbreviated from kikyū tetsuchi, “the science of seeking wisdom”), was coined by Nishi Amane in 1862 and was abbreviated further, twelve years later, to now the standard tetsugaku. A word describing something the Japanese perceived sometimes favorably, as a necessary condition to develop a modern society, sometimes with distrust, as a loss of spirituality or an ethnocentric menace, but always as foreign and completely alien to their culture. This led Nakae Chōmin, a Japanese journalist, political theorist and statesman in Meiji-period, to declare in 1901 that: from antiquity to the present day, there has never been any philosophy in Japan.

The existence of Japan’s history of philosophy is not enough to prove that Japanese philosophy exists because it can be argued that philosophy is something imported into Japan from foreign countries. And in order to understand the dynamics of Japanese thought, it is indeed necessary to examine both the cultural orientation and the influence of the various foreign philosophies through Japanese history that set the stage for ideas and in what way they are assimilated. 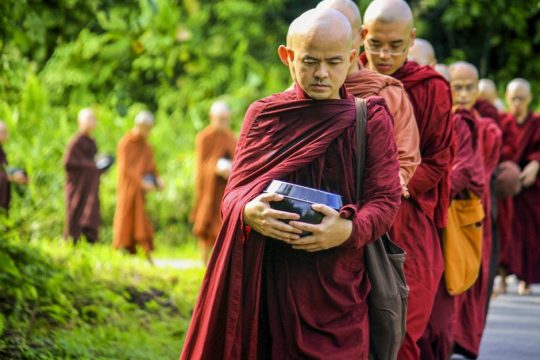 In its literary forms, Japanese philosophy began about fourteen centuries ago with the introduction of Buddhism into Japan in the sixth century. Buddhism, although a religion and not a philosophical doctrine, had raised questions about the ultimate nature of reality; a subject that was sometimes examined in a philosophical way. With its emphasis on attainment of a state of enlightenment encouraging one to realize that the ultimate nature of reality was a transcendent Oneness, it helped define the various Japanese senses of the inner rather than the social self. This principle of expression emphasizing on the discipline to form the foundation of the various aesthetic theories have been so well developed in the Japanese history.

Confucianism entered Japan around the same time as Buddhism, specifically during the Tokugawa period, and has been mostly noticeable in the areas of social structure, government organizations, and ethics. Japan, philosophically speaking, has its roots mainly in Confucian ideals blended since the sixteenth century with certain indigenous ideas of loyalty and honor developed within the Japanese samurai.

Towards the end of the Tokugawa era, the validity of the culture entering from China had been questioned and made the Japanese turn to the Shintoism tradition that focuses on ritual practices that establish connection between present-day Japan and its ancient past. Among them was Motoori Norinaga, the best known and most prominent Japanese scholar of the Edo period, who severely criticized any rational attempt to understand fundamental truths considering it proper not to be moved by whatever happens (i.e. criticizing philosophical theories that encourage people not to be happy over happy events or not to be sad by sorrowful events). The human mind, according to him, is too limited to grasp the divine doctrine that only the Japanese had transmitted correctly.

Western philosophy and Western science and technology had only its major impact in Japan since the middle of the nineteenth century. But the modernization brought about by the Western culture had forced Japanese philosophers to reconsider fundamental issues in epistemology, philosophical anthropology, and social philosophy making Japan consciously assimilate Western thought. A process that continues until today.

What in all these is distinctively Japanese? In a more careful analysis, it shows that Japanese thinkers have seldom adopted any foreign philosophy without simultaneously adapting it. There has always been a complex selection process at work beneath the apparent absorption of foreign ideas. Japanese understanding of themselves are intuitive individuals instead of rational; interested in everyday experience instead of abstract transcendent realms. In the words of Suzuki Daisetsu, a Japanese author of books and essays on Buddhism, Zen, and Shin:

The Japanese Mind is so attached to the earth that it would not forget, however mean they may be, the grasses growing under the feet.