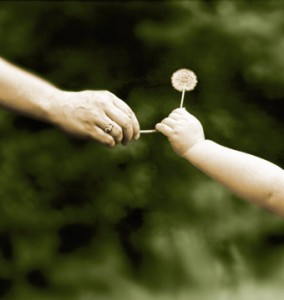 In my last post I asked the question: WHY DO YOU GIVE?

As I mulled about the issue it became clearer that no one who gives does it purely for unselfish reasons. Now, I hope I am not being jaded about this but coming across Tovia Smith’s article “Selfish Giving: Does it count if you get in return?”, I found myself agreeing with most of her observations.

Tovia points out how nowadays businesses give to charity because they “have to”. It’s an image thing. But so what? They’re businesses after all and we do expect them to think about their bottom line. However, Tovia also points out that its pretty much the same with “high school kids signing up for their community service trip — the summer before their college applications are due. It’s simply what they have to do to be competitive.”

It sounds awful but if you really think about it these people are not the only “selfish” givers. Even those who do it because of their belief, as I pointed out in my last post, give for future rewards: in Buddhism and Hinduism its for good karma, for Christians it’s for God’s Blessing and whatever their reward awaits them in heaven, for Muslims the “Zakat” purifies their wealth and is done in obedience it Allah. While it is true that their primary reason for giving may not primarily be material rewards, and may not even be in this lifetime, they still do it for a reason other than giving.

So does anyone really give for the pure joy of giving? Maybe. Maybe not.

In my opinion this is not the point though. The point is that giving is “good” and as Rory Morton, dean of students at Buckingham Browne & Nichols School in Cambridge said, “…once they go do it [give/do community service], they get into it. And that’s good enough for me.”

The answers to WHYs are important but sometimes we have to stop asking and just be thankful that we can do something noble and good as giving and in top of that get something in return, whether that be material, spiritual, or emotional.