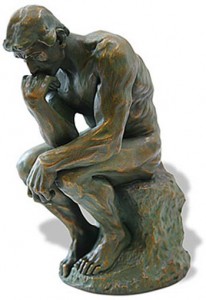 Philosophy is a very broad area of study so that if you’re interested in just one specific branch of philosophy other branches might as well be relatively alien for you. To remind us just how wide and varied the topics are that can be studied philosophically I’ll be going back to the basics and list down the main areas of study, which include the following:

Metaphysics – This area of philosophy deals with the nature of being and seeks to understand the nature of how and why things exist. It’s traditional branches are cosmology and ontology.
Epistemology – The study of HOW we know things, it is concerned with the nature and scope of knowledge. Epistemology is used by philosophers to decide or at least try to decide the limits and boundaries of what can and can not be known.
Logic – Logic is what’s used in all areas of philosophy to arrive at conclusions. Logic can be represented in symbols via mathematical logic though philosophical logic is still very much in use.
Ethics – Deals with morality. An area that is very much a cause for debate but is very important since it answers the questions of how we should act and react with other people. Aesthetics
Politics – The study of government and its relationship to its citizens and the communities that make up the government.
Language – Philosophical approach to the nature, origins, and usage of language.
Aesthetics – This is the study of not only beauty and art but seeks to explain how and why we classify things as beautiful as well as the degree to which we consider things beautiful.