Aristotle, one of the founding fathers of modern philosophy has written many works regarding politics and his interpretation of such. In the book, Nicomachaean Ethics, Aristotle’s foundations for his political projects were based on the presumption that ethics and politics were closely related. In a sense of reverse thinking, he says that the main purpose of politics is to empower or entice citizens to become honest and empower them to do or perform noble actions. This has been greatly contested by many Western civilizations of today who see politics as a sort of undertaking based on greed and self-interest which might be true no only for these areas but anywhere else in the world. 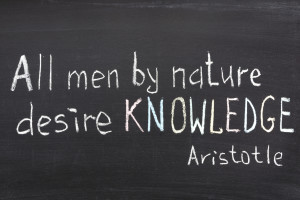 He also defines the aim of politics in the creation of a society with high regards for moral standing. Modern politics is defined as a governance which protects us from each end every body else outside the system with the use of military and policing forces. This has normal people on one side who abide by the rules set by the political leaders and all who are against the said order to be outcasts to be protected from. Much of Aristotle’s ideals are lost in the modern world of politics with very little so-called honorable constituents going into the system to truly represent society as a whole. Some even do it for mainly personal reasons making politics a bridge to personal gain. Today’s modern society sees the kind of molding as counter productive seeing it as a form of making people think out of their own accord. Much is to be learned from the fathers of modern philosophy whose ideals and studies has given rise to all current political systems though not much is left of the ethical part of the ideals.