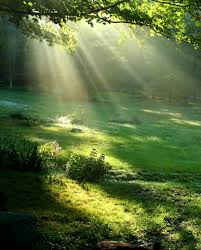 Nature refers to what we see in the physical world which encompasses life in general.Â  It is derived from an ancient word that means birth pertaining perhaps to qualities and characteristics that are intrinsic to living things and other features found in the world.Â  More than geology and wildlife, nature also refers to the way things are and how they change in their own accord.

When we speak of the course of nature, we are referring to how things will proceed in their natural and expected order.Â  This is in effect saying that nature will take its course with or without human intervention.Â  It would appear that nature follows its own laws and will not bow down to human direction forever.

When we allow nature to take its course, we do not intervene.Â  We simply let what ought to happen prevail.Â  Humans allow this usually when they acknowledge the truth that they cannot control nature at all.Â  Any semblance of control over nature is but temporary since the independence of nature from human control soon manifests itself in due time.

When we cut trees to the extremes and suffer flooding after, isnâ€™t that a way that nature says to humans that there are consequences for going against nature.Â  When we dump our garbage in rivers and suffer the stench of ten times more than amount of garbage when the ocean dumps them back, isnâ€™t that a way that nature says that humans deserve what they get?

The philosophy of nature is simple.Â  Every being and thing in this world has a purpose.Â  Humans will be wise to observe and respect everything which they share the world with.Â  Humans should not take offense to nature since there is bound to be retaliation in the natural course of things.

These are totally unrelated areas of study in philosophy yet they are somewhat similar due to their aim, the study of force. … END_OF_DOCUMENT_TOKEN_TO_BE_REPLACED

In my last post I asked the question: WHY DO YOU GIVE? As I mulled about the issue it became clearer that no one who gives does … END_OF_DOCUMENT_TOKEN_TO_BE_REPLACED